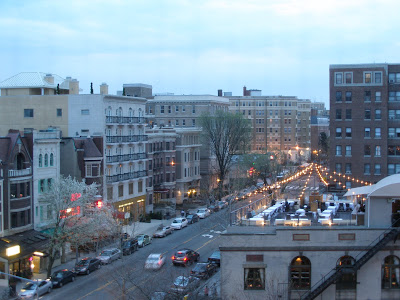 So I mentioned with my last blog entry that I have just signed a twelve month lease and these past two weeks have been the familiar pattern of folding, wrapping, securing, packing and loading, only to lead to unloading, unpacking, un-securing, unwrapping and refolding items into new places.

That process is almost done. In the meantime, I have tried to maintain a semblance of a life, especially beginning this week because my commute has been officially reduced by 75%. It takes me about half an hour door to door, and I cherish the extra hour of sleep that comes as a byproduct to that fact.

However, in between the unsettling and resettling of my life (once again), my pocket projects have not been terribly fascinating. Here is the run down of last week since I am only now getting to it: I discovered and tried out the DC YMCA; I honored the Irish and made a green clover Guinness on St. Patrick’s day. 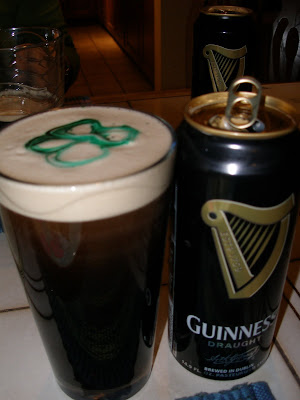 I desperately tried to keep my running habit afloat and go in the evening. This only led to me running around my neighborhood using my Ipod as a flashlight. I suppose it worked since I didn't fall flat on my face, but I can only assume that this was not the use that Apple intended when creating the sleek, high-tech Ipod.

I tried a wonderful new wine at a wonderful new restaurant in DC’s Dupont Circle. The wine- Chateauneuf du Pape. The restaurant- Café Du Pont. Both French, both stylish and both very good. The wine was the first one where I could legitimately say I tasted blackberries- yum!

On Saturday, I continued with a French theme and tried a French Martini made of Chambord, Vodka, Raspberry liquer and pineapple juice (however at an Asian restaurant). I don’t typically like Martinis, and this didn’t change my opinion. 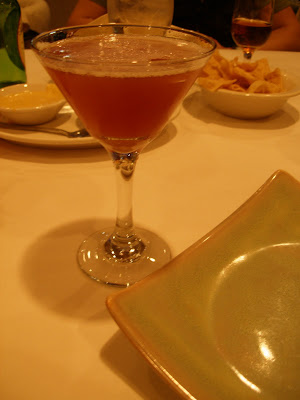 Sunday was my next chance at a run, however, this time it was in DC. It was the first of many runs in this new city. I will also mention that it was in vibrams; this phenomenon is quite noticeable here. I have seen a decent number of fellow barefooters. I kind of feel like there should be a greeting when you pass other five fingered runners, similar to that of Jeep Wranglers who have an unspoken code of honking a hello as they pass a fellow driver. I don't know what the equivalent of that would be to a jogger. A salute?

One of my favorite things about moving is the chance to run in a new city. I use it as my way of touring different neighborhoods. I am excited that I have another 68.3 square miles of new city to discover. That should keep me busy for awhile.

And that leads me to this week and the food poisoning episode (which I prefer to forget). However, this weekend is Cherry Blossom weekend here, a much calmer, but almost as popular, D.C. equivalent of Mardi Gras. There is a festival, a 10 mile race, a lantern lighting and many thousands of people streaming into the city over a 2+ week span.

I am going to go experience that and report back. It should be more exciting that Ipod-lit runs and suspicious food.
Labels: Moving New thing Running Washington DC