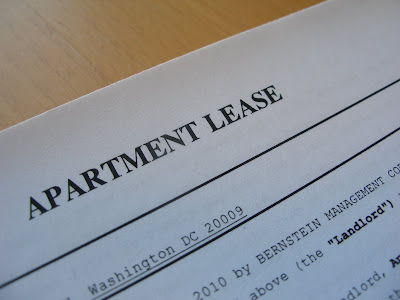 This is why sometimes writing a blog entry in retrospect is a good idea.

I had a particularly horrid commute yesterday. Because of Daylight's Savings (what a stupid idea), I was essentially getting up at 5:30 a.m. instead of 6:30 a.m. to get to work. On this morning, a Monday morning no less, I left my house, in the dark, beneath the pouring rain, and drove 2+ hours down to the office. It took me every bit of that 2.5 hours to finally walk into my building and sit at my desk at 9am.

After work, I had to go sign the lease for my new apartment, so I didn't leave D.C. until 8pm, which means I wasn't home until after 9 pm. I realized at this time that I hadn't done one bloody new thing that day, and at that hour, with stuff to organize for tomorrow's ridiculously long day, and with my bed time at 10pm so that I had the energy to do anything, the situation ruled out almost everything "new" to do except, I reasoned, to ingest something.

I went searching through the food pantry, fridge, freezer and liquor cabinet to see if there was anything that would be novel to me. I thought about eating frozen pumpkin, sprinkling cranberry powder on sparking water or even making my own ginger ale with said sparking water, ginger powder and sugar (I don't know how one makes real ginger ale). The idiotic idea of drinking oil even occurred to me to see if it really does make you throw up... I was getting desperate. Finally, I found "brandy butter," a curious product from Ireland that my sister had brought back and I spread a little on bread and tried it. I don't like butter, but as it goes, it was ok- just spicy and sugary enough to not make it taste like butter.

Now here is the funny part, in all that frantic searching and oil-drinking contemplation, I somehow disregarded a significant new thing in my life that happened that day: for the first time ever, I signed a twelve month lease. (If you haven't read about my gypsy lifestyle, refer back to this post). Somehow at the age of 31, I have never been able, willing or forced to sign a 12 month lease. College years: no more than 9 months. Period in Rome: “what's a lease?” Time in Chicago: 3 months then month-to-month... I never tied myself down to living in one place for 12 months.

This (or the 4 hour commute) could perhaps explain why I was feeling quite troubled and anxious when going to bed. I suppose this made me confront my potential commitment issues. Why did one year seem like such a huge amount of time to be in one place?
Labels: Commitment Lease New apartment New thing Washington DC