Since I had never been to Nicaragua before, my trip there certainly fits into the idea of trying something new each day. However, it would do injustice to my vacation and this beautiful country to only mention specific things like gallo pinto and guava cocktails. So this posting will be a teaser for a proper posting on my Nicaragua trip. 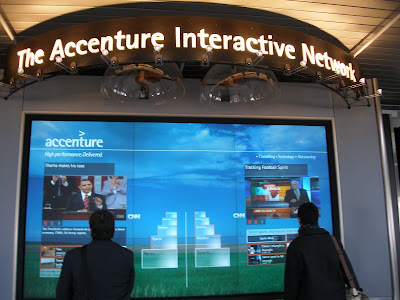 It was about 6 hours of flying time to Managua from Chicago (3 to Miami and another 3 to Managua). So I had to find something new to do in the airport. Shockingly, I found this pretty entertaining: a "computer wall" where you could check the news, sports and weather (92 degrees farenheit, 33 degrees Celsius in Nicaragua). 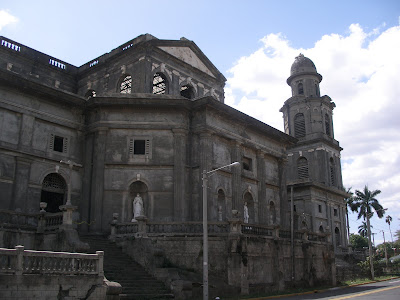 This rather haunting but gorgeous church was literally just a shell. Its frame is made of metal and, therefore, withstood the earthquake of 1972, but it has yet to be restored. 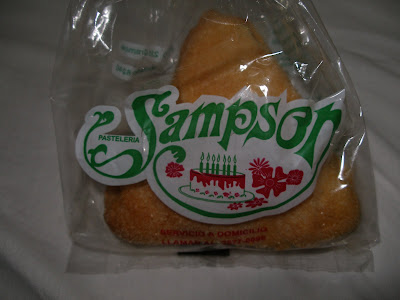 I never did figure out what this was called, but I found it in the pastry section of a grocery store. It tasted like a combination of sugary-bread and cake. Quite good! 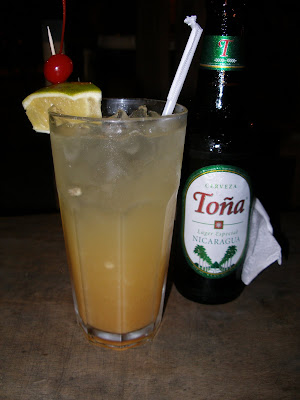 I, of course, had to try the rum and other local adult beverages:

Macua- "national drink" of Nicaragua (according to lonely planet) made of rum, guava and lemon juices. Yum!

Tona- Nicaraguan lager. Good with something salty like tostones. (see below) 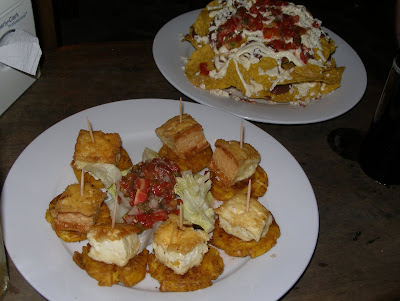 Fried plantains placed beneath a very salty block of cheese. The cheese tasted a bit too much like salt water for me, but nonetheless, I was quite happy with this vegetarian option (which are few and far between). 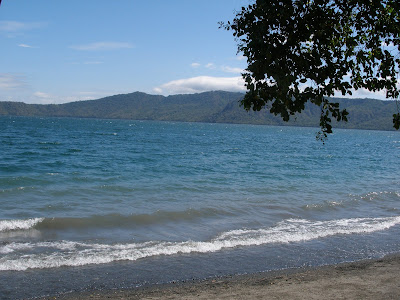 Laguna de apoyo was created when a volcano imploded then filled with subterranean water and rain over 20,000 years, resulting in one of the freshest lakes in Nicaragua. 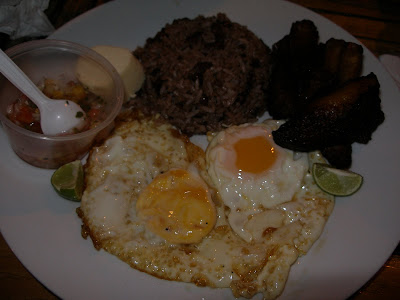 Being introduced to the staple food of Nicaragua: Gallo Pinto (black beans and rice). I loved it! 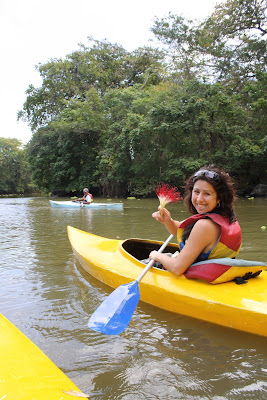 I have never been kayaking so this 3 1/2 hour tour of las isletas (small islands) just off the coast of Granada in Lake Nicaragua was a perfect first trip.

We saw only a few of the 360 small-to-tiny islands, one of which is called La isla de los monos: Monkey Island! 8 spider and/or white-faced monkeys live here apparently thanks to an eccentric island owner who once had them as pets. 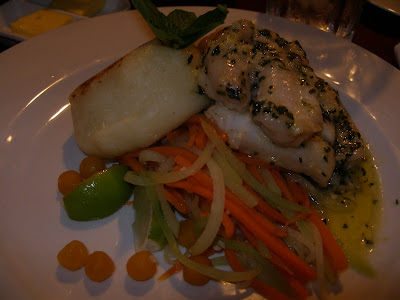 Trying a type of local fish, corvina, and yuca- cassava root that tastes surprisingly like mashed potatoes. Like almost all the food we tried, it was fantastic! 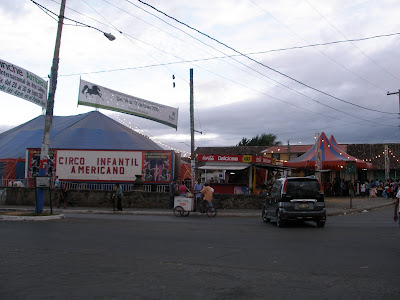 Yes, we did go to a circus, complete with contortionist, clowns, jugglers and a Michael Jackson impersonator (not traditionally incorporated in circuses from my youth, but a surprisingly good fit).

We also witnessed a procession for San Bosco, lounged in hammocks at cafes, gawked at an intense red and pink sunset from a church bell tower, made the acquaintance of a cat named chicken and stayed in the loveliest guesthouse I have ever been to. But this is all for another day and another posting.
Labels: New thing Nicaragua Travel