Working my way backwards, here are my latest D.C. adventures:
The Crime and Punishment Museum: This was 50% my idea, 50% groupon persuasion. However, I thought that despite my general aversion to violence and my distaste for sensationalizing it, perhaps there was something that this museum could teach me. Or at the very least it would be interesting to see how they presented Crime & Punishment, i.e. what was the point of the museum. In the end, I have no idea. The voice seemed to change with every room. The beginning seemed like the history of Crime & Punishment going through the Medieval times of torture to the Salem Witch trials, and onto Pirate life, past the Wild West and right into the time of the Mafia and organized crime. Grim, increasingly graphic, and even a little twisted, but I could still handle this section as a type of historical overview. 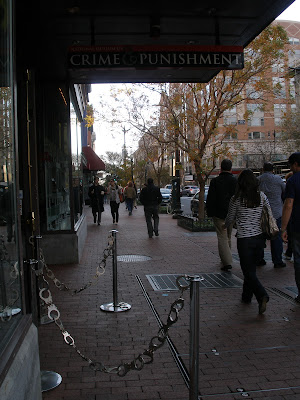 The voice was a little bizarre, at first promoting the law enforcement side (a voice I expected to find in this museum), such as the below: 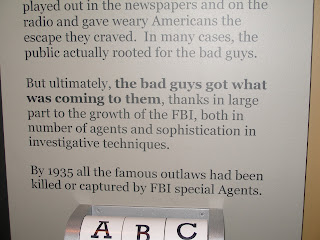 However, there were also gun games and an experiment on trying to crack the safe, seeming to put you in the position of a would-be criminal. There was a recreated sketchy, and dark alley way connecting two rooms in the middle of the museum, I suppose trying to simulate a situation as a potential victim, and the last section was crime labs, returning you to the law enforcement side. I will admit though that, at this point, I did not pay much attention to the last half of the museum, as I was craving fresh air and the exit to the museum. 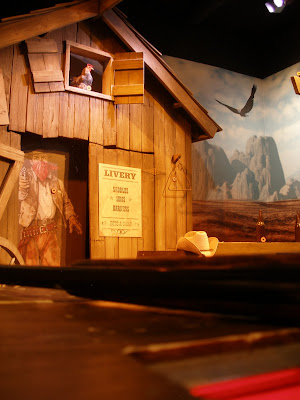 After reading about serial killers, unsolved mysteries, the gruesome death of mobsters and a variety of other eerie, scary and sickening facts, all my friend and I wanted to do was be out in the daylight and to play with newborn puppies.

With no puppies in sight, we settled for cupcakes. Crumbs is a new bakery (New York origin, I believe) located in downtown DC that has a crazy long menu and an even crazier selection of flavors. 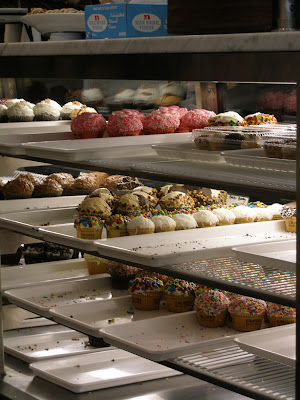 My eye stopped at the grasshopper cupcake (mint, of course), and this sugar rush helped to return the blood that had been drained out of my face from the recent museum experience. 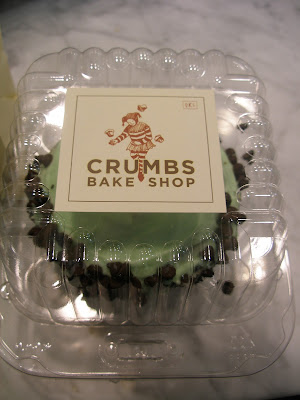 That evening I ventured to drive a Zipcar, a very DC-experience from what I can tell. And since they did not have Smart cars (my favorite) to rent, I rented the next smallest, a Mini Cooper. The Mini was quite fun to drive, especially with a massive sunroof (which I ostensibly opened despite it being nighttime and 40 degrees out). 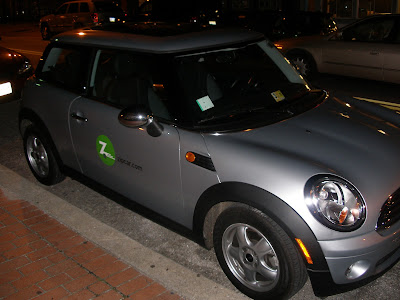 However, as good of a mission and as handy as Zipcars might be, I realized this wasn't my cup of tea. I rented the Zipcar with the intention of going to Baltimore. This was a bad idea for many reasons:
No, there is a reason I don't have a car. And now I know the reasons I don't even like renting them...
Crazyhatters, or rather Madhatters, as it were: This fun little restaurant, another Living Social purchase, was a fun experience as well. Unfortunately, my draw to it was the table that is attached to the ceiling, but this is not found in the main room (too much of a liability?) 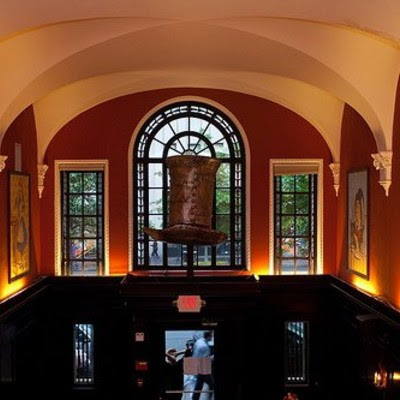 Yet, the other upside down fact was that their house beer, Alice (a yummy Yuengling like beer), is not on the menu. This, and the fact that this fairly tame and inconspicuous restaurant turns into a pretty raging club on Friday nights, both entirely amused me. Mad indeed.
Labels: New thing Washington DC