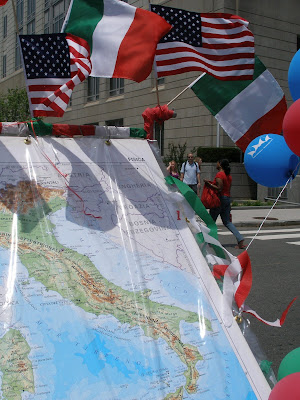 Perhaps I should have called this blog just that, "Living like an Italian." Some of you might be sick of me talking about Italy; however, I have already made my disclaimers about this passion/delusion, so to those people, all I can advise is: read a different blog.

Sunday was my latest plunge into this obsession. After watching the Italy v. New Zealand game (1-1... va be'), I attended Italian mass at Holy Rosary Church, followed by the annual Festa Italiana. This year, they celebrated the region of Molise, a region in the central-to-south,eastern part of Italy.

The festa was somewhat small, but not lacking in quality. There were about 10 stalls featuring some of the staples of any proper Italian festival: an espresso/cappuccino stand, a gelato stand and a homemade pasta stand.

You don't even have to ask: yes, I partook in the gelato. Not only did you have the choice of having it served in a mini pineapple (so fun!), Dolci Gelati also bowed to the Italian tradition of halving your portion and giving you another flavor. (Side note: I have found that this is totally against American custom. A second flavor in the U.S. means a second scoop, thus doubling the portion and, as I suspect the true cause behind this logic, doubling the cost.) The gelato was the best I have had outside of Italy (and I have had a lot). 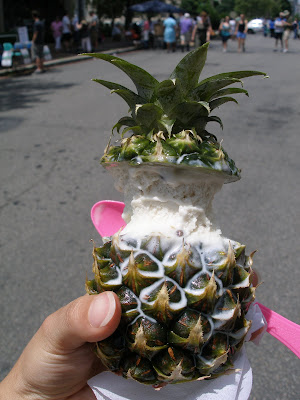 In addition to these staples, there was also "porchetta," a spiced, boneless pork panino that it quite popular among my carnivorous friends. (I have to admit, as a vegetarian, it made me a little green). 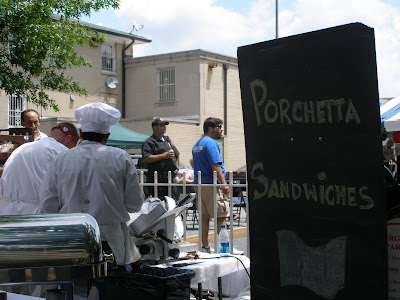 You don't see the roasting pig rotating on a spic in this picture, deliberately.

Another fascinating aspect of the festival: a brick oven on the back of a truck! Mobile home cooking! It was genius. 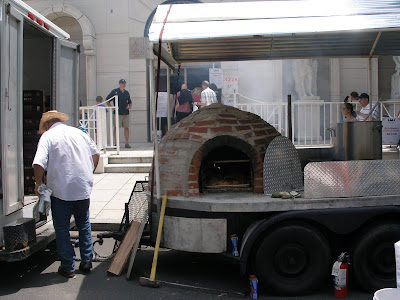 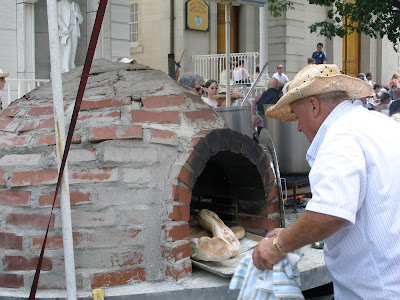 There was also a performance by Il Mastrogiurato, a medieval troop that did formations and flag juggling. It was more interesting than I make it sound... perhaps the picture will do it more justice: 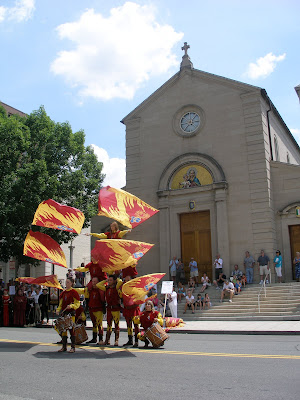 Lastly, there was a raffle to win free airline tickets to Italy (I didn't win, which is why I am here writing instead of on a plane).

And if that wasn't enough italianess, after the festival, I met up with the rest of the pseudo-italian Mardellis and we went to dinner at, you guessed it, an Italian restaurant: Sorriso. 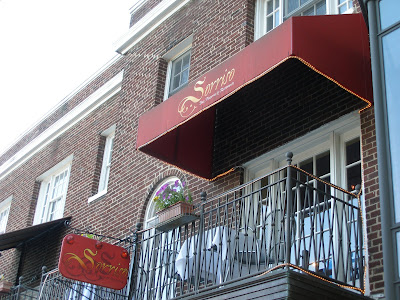 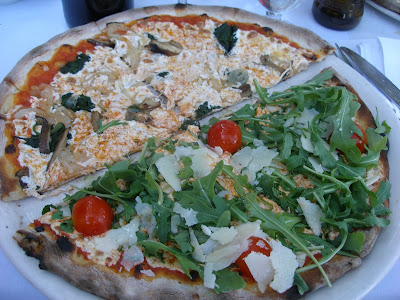 Pretty good pizza. Although, ruccola on almost any pizza makes it taste authentic.

I'd like to think I dreamt in Italian that night, as a nice way to round off the day.