Out of my mind: the gift of running 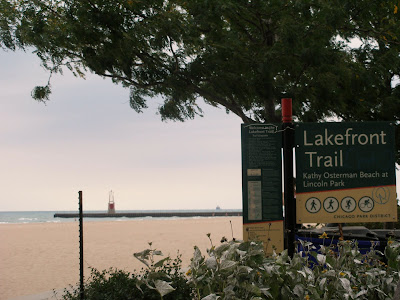 The most common constructive criticism that I tend to get is: “You think too much.” There has never been a more true statement. I am ALWAYS thinking.

Yet, I am no Socrates. I don’t often ruminate on scientific theories or mathematical calculations. My thoughts are not generally useful in nature and are not particularly enlightening to anyone but me (sometimes not even me). But I can’t stop the wheels from turning. My mind loves to create links between the past, present and potential future.

Exhausted? Me too. But my brain loves these spiraling patterns of thought. I don’t.

So I am often thrilled to find something that will get my brain to shut up. To date, I have only found two remedies. The first was sky diving. Of course, in the weeks between signing up for sky diving and the moment of the actual jump, my brain was feasting on this 7 course meal that I had just treated it to: potential death. Is there any topic more ripe for analysis?

However, in the 60 seconds between the edge of the plane’s door and the opening of the parachute, my free fall was total peace. I thought nothing, and it was bliss. Every item, thought, crumb, particle, atom of thought in my head cleared out as I plummeted. When I landed safely on the ground, I was addicted, but I think I was more addicted to this peace than to the endorphins that kick in when your body senses falling to its death.

Sky diving, however, is not a very practical cure. It is not something that can be done on a whim. It has way too many requirements- a plane, a runway, a clearing, an instructor, a (very important) parachute, a skydiving suit and, of course, an increasingly hefty sum of money.

So I am thankful that I came across the only other method of getting my mind clear: running. Unlike skydiving, running does not eliminate all my brain activity and erase my every thought. But it does something just as good- it organizes them. When I run, it is like the rhythm of my steps shakes out the bad from the good thoughts, the useless thoughts of toothpaste from the potentially more valuable thoughts of a PhD track. It pinpoints any anxiety, nervousness, or even just caffeine-jitteriness and strips them from other thoughts, transforming them into usable energy that fuels my run.

I used to despise running. I found it boring, difficult, boring, pointless, boring and, most annoyingly, a task usually required of you by an outside force: gym teachers, coaches, doctors or your average health-nut. I liked sports. I liked being active. I hated running.

My hate diminished a bit in college when the stress of studying usually required expending energy in some way other than ripping up a frustrating textbook. Running was often the best option because it was more convenient than finding teammates for a game of soccer or an opponent for a match of tennis. Convenience was, in fact, running’s biggest virtue in my mind, and it remained the only real reason behind my lackadaisical devotion to it until my first break-up.

All of a sudden the whirlwind of thoughts in my head required a more consistent and concrete channel out of my body. By happenstance, it was also during this period that I found myself as a spectator to the DC marathon. It dawned on me: I would do a marathon. What was a better cure than 4+ hours of continuous energy use? What else, if not running for the equivalent of half a work day, could focus my mind on something concrete and allow my days to be filled with thoughts on training rules, footwear, food intake, sleeping habits and hydration?

I figured I had more than enough thoughts to fuel my tank for this type of commitment, and right away, I signed up for a marathon training course (though I had barely ever done even a five mile run).

Of course, my thoughts alone weren’t quite enough to get me prepared for a marathon, and in reality it took 3 years of injury-healing-injury-healing periods before I would accomplish this feat. But in the meantime, I found a perfect way to get out of my head and let my body take the reins.

Chicago is a great running city. I feel a kinship with the oodles of runners who make use of the various trails. The Lakefront trail is my favorite, and I am grateful to the city planner who dedicated 18 miles of path to people who perhaps have the same neuroses as I. Perhaps the city planner himself was an over thinker-turned-jogger and the trails were an ingenious output of his obsessive thinking. Perhaps he too had suffered love’s loss and the Lakefront trail was where he would pound out his sadness. Perhaps the quiet sound of the lake’s waves and the comforting drone of the highway helped lull him into his run in the days before iPods. Or perhaps this is just me spinning my thought-wheels again and pointlessly analyzing something that could easily be found on Google… In that case, I guess it is time for a run. 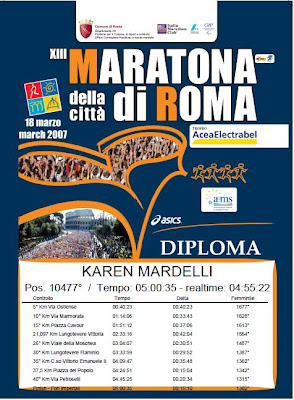