The way to see San Jose

Our introduction to Pura Vida didn’t get off to a great start: rental car mix-up/scam, 2 hours lost trying to sort it out, 3.5 hour drive from Liberia to San Jose turning into 6 hours because of standstill traffic, a hotel that didn’t live up to its expectations (and that is being diplomatic; I could just say it was a crap hole) and a Valentine’s day dinner at the Holiday Inn Sports pub with mediocre microwavable food. By the end of the night, I was happy our first day was over. 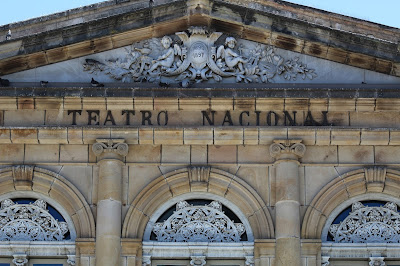 The advice I had heard about San Jose was to keep my expectations low, so I didn’t have high hopes for day two either. Upon stepping out of our hotel, I understood why. Many streets look quite rough (though apparently they are not): empty buildings, barbed wire, decrepit sidewalks or dilapidated edifices. The central part of town does have some elegance, the Teatro Nacional as one example, but it is scattered among the non-charming bits. 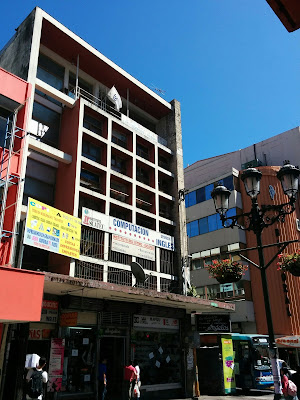 To me, the city of San Jose reminded me of a former soviet-block country with buildings similar to those I have seen in Eastern Europe. Square cut, arithmetically symmetrical, uniform, gray, decaying and uninspiring. It is true that San Jose is not a city to go to for its beauty, but it doesn’t mean that the city is completely devoid of it. You just have to look a little harder.

Here are some of the beautiful things I found in San Jose: 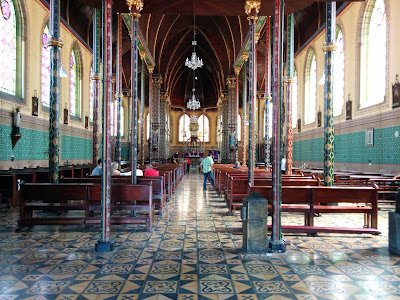 With its dark wood ceiling, thin columns each decorated with different patterns and colors and blue and white-tiled floors, we were not prepared to stumble upon something so stunning. The unkempt façade did not even hint at the vast beauty on the inside. But admiring all the little details, La Merced quickly became one of my favorite churches, even when considering the innumerous Roman ones I have frequented. I don’t even know if this church was in our guide book, but it should be. 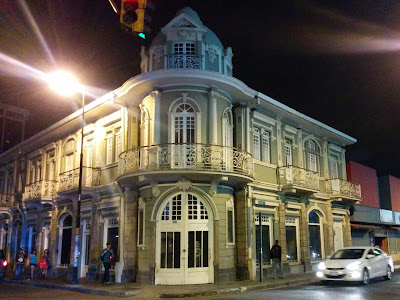 Some of San Jose’s most beautiful buildings are seemingly abandoned. Old wood colonial-style houses with gorgeous balconies, grand entrances and large porches. We saw them randomly sprinkled throughout San Jose, most of them looking like they hadn’t been in use for a while. Any of these would make amazing theaters, galleries, restaurants or cafes. They are jewels just waiting for a purpose. 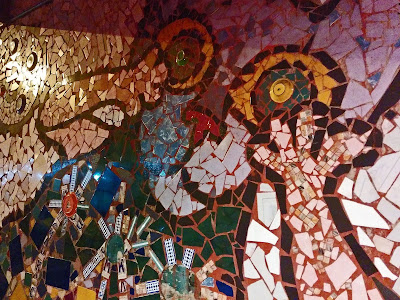 We didn’t visit any of the museums in our one day in San Jose which is a bit of a shame, especially because San Jose seems to be one of the cities that gives some prominence to local artists instead of just flouting the world known masters. It is nice to see a city proud of its own. Even outside of the museums, we could see bits of this creativity in the street art. What looked like commissioned murals under bridges and on walls were quite unique and clever. And one of them using tiles as a type of a mosaic collage featured cats, so of course I loved it. 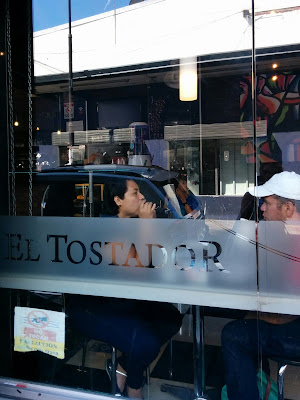 The art of coffee: El Tostador

I am not a morning person and waking up early almost every day of this vacation/sabbatical has tested the boundaries of my morning inhospitablity. Thankfully some of the world’s best coffee comes from Central America. Guatemala fed my habit quite well and Costa Rica has not disappointed either. The espresso macchiato from El Tostador was gorgeously prepared, thick and foamy. It was perfection. 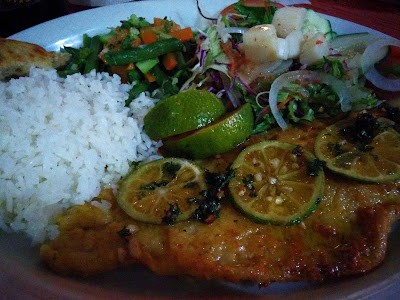 La Criolitta reminded me of a green house or old train station with its domed roof. This cute restaurant, marred only slightly by 4 TVs one for each wall, is a little hole in the wall place with good local food, which for me was a massive plate of buttery, spiced seabass (corvina) served by an attentive waitress. The secret is out though and everyone toting their guide books (I think it is in all of them) comes for the cheap-ish, typical “local” experience. Of the 5 tables there, only 1 was filled with locals, but at least they haven’t abandoned the place completely. 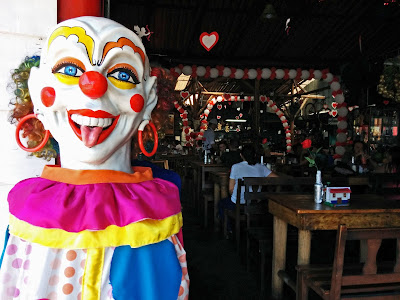 Not in guide books and seemingly a Latin American Chuck-E-Cheese, this restaurant had big masquerade costumes on the outside to lure or scare (I don’t know which) people away. The inside was all locals though (save for us and maybe one table). The menu was all casados (rice, beans and plantains mixtures) and arrozes of sorts served on banana leaves. This was the real stuff. 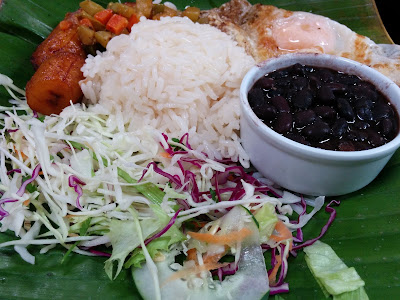 Don't get me wrong; I am a sucker for beauty. We all are to various degrees. So San Jose can turn you off if you aren’t careful, but it would be a mistake to judge it completely by its cover. I would love to see this city take advantage of the huge influx of tourists to make full use its potential: its empty spaces, its historic buildings, its already lovely parks, its walkable center, its skyline of mountains and volcanoes, its tendency towards promoting the arts and its gorgeous weather. 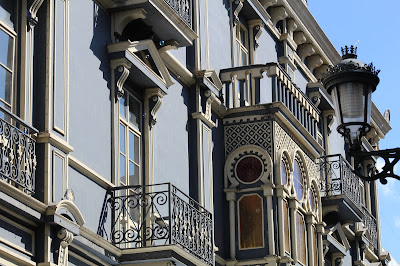 It is a chance for Costa Rica’s capital to show off its good side to the tourists who fly to San Jose only because it is the cheapest option. Tourists now either skip the city entirely or begrudgingly stay the night because of necessity. I think it could be a tourist destination in it of itself if it wanted to be.

As for the tourists who come looking for beauty, you don't always get it handed on a plate. But there is always beauty if you look hard enough.
Labels: Costa Rica San Jose Travel Trips