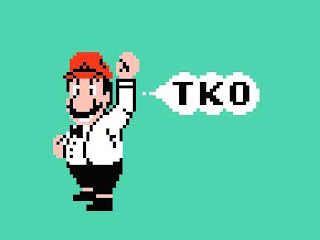 I'd like to say that my silence has been due to holiday busyness: the travels, parties and other festivities. And yes, this is partly true. I went from Washington D.C. to Baltimore to Toronto to Baltimore to Washington D.C. to Las Vegas to the Grand Canyon back to Las Vegas and back to D.C. in planes, trains and automobiles all in the span of 13 days.
However, in the spirit of honesty, the real reason for my silence is that frankly, I am intimidated by 2011. And in my introspective and psychoanalytic nature, I have been stepping back to figure out why that is. I didn't have to dig too hard for the answers though. You see the last couple years have gotten off to a rough start.
In January 2008, my landlady became a full-blown psycho and things came to a show-down between her and my roommates where she threatened to call the cops (because we wouldn't let her, her family, friends and random dogs come in and take over the apartment on weekends like she had in past months). In turn, we all gave our notice and moved out the following month. My cat contracted a urinary tract infection, didn't respond to medicine and had to have emergency life-saving surgery that almost didn't save his life and led to 4 weeks of intensively taking care of him complete with a cone, pills, a special diet and cleaning up after him because his bladder was weak after surgery. And finally, I rounded off the month by getting a vicious stomach flu exactly on the day of my birthday that was just cause for cancelling all planned festivities and instead laying in bed or the bathroom too weak and tired to care.
The beginning of 2009 handed to me the surprise that after two years of work and promises, I was not awarded the job that was once called "mine," which, though  a huge disappointment in it of itself, also led to a series of goodbyes to close friends and another move.
2010 kicked off with a break up and yes, yet another move.
So you don't have to be Freud to figure out why I am feeling a bit of trepidation at the start of this new year.
Of course, 2010 turned around magnificently with a new job, new friends, a new city and a new relationship. And 2011 had quite a kick off with New Year's Eve on the Vegas strip followed by three spectacular days visiting the elaborate and/or ostentatious Vegas hotels, seeing a mind-boggling acrobatic show, visiting the Nevada and Arizona country sides and taking in the sunrise over an awe-inspiring Grand Canyon. So perhaps this is indeed a new start.

However, in the end, who knows what 2011 brings? All anyone can do is to go about your days, do the best you can, enjoy all the positives things and just roll with the punches. I hope, however, that this year, my opponent is in the light-weight instead of the heavy weight category. Or better yet, that perhaps I am out of the rink altogether, at least for a little while.
Labels: Life