Postcard from Mals in Northern Ireland! 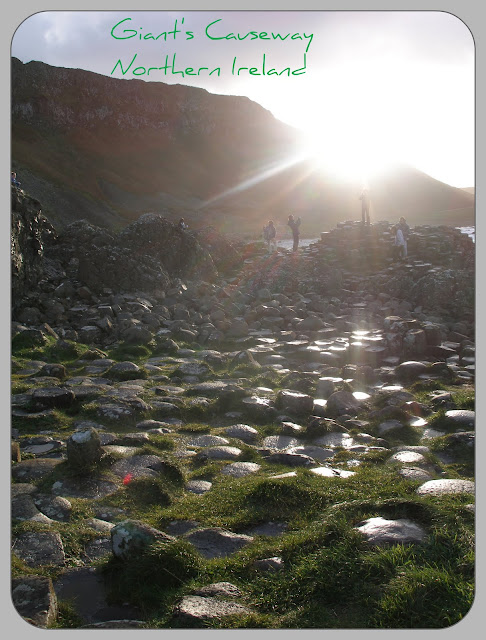 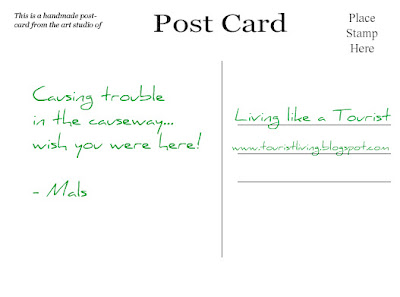 Why is the Giant's Causeway a must-see?
These basalt columns were formed 50-60 million years ago by an ancient volcanic eruption. Their mostly hexagonal tops were shaped as the lava cooled. There are similar columns at Fingal's cave in Scotland. Therefore, a legend arose that two giants, Irish giant, Finn McCool and Scottish giant, Benandonner, were to engage in a brawl. Finn's wife, however, did not want her husband to get in a fight, so she covered him with a baby blanket. When Benandonner came looking for him, he saw the great mass and, indeed, assumed it was their baby. Benandonner ran away believing that such a large baby, could only be produced by a father that is truly gargantuan. As he ran back to Scotland, he tore up the causeway so no one could follow him. The end. So for science or for legend, it is a great site to visit!

Where are you? Send me a postcard! Just take a digital photo, write a 2-3 line message and send it to touristliving (at) gmail (dot) com! I'll turn your photo into a postcard and post it on my blog to share your experience of living like a tourist in your own city.
Labels: Ireland Northern Ireland postcards Travel