Through the eyes of a guest

Nothing helps you more to see your own city/country than having a visitor. And I don't mean just physically exploring the city, but also noticing things that seem absolutely commonplace to you, but pretty alien to a guest.

I have had a substantial amount of visitors since moving to D.C., and I have noticed a couple trends that come up whether they come from Italy, Serbia, Sudan or Canada.

Topic 1: Squirrels. Squirrels are not in abundance, or even existent, in many even nearby places in the world. So I have had numerous guests get a kick out of these furry little creatures and their rambunctious ways. 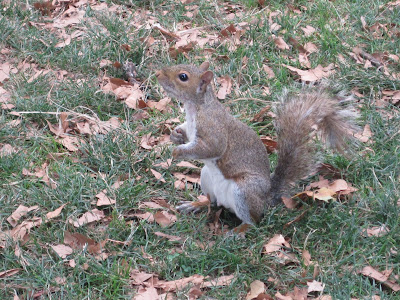 However, I will confess that I, too, am fascinated by squirrels despite, or perhaps because of, having grown up with them (we had "pet" squirrels in out backyard named noiseau et noisette when I was young). As readers of my past posts would guess, I tend to notice how squirrels differ in various areas or countries. In Baltimore, they are almost always gray and fairly scrawny (see above).

In the Midwest, they are a lot bushier and brown like the one below. (I call him stealth squirrel!) 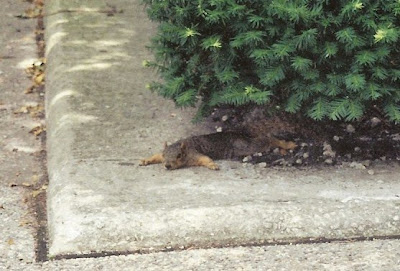 In Italy (I only ever saw them once and it is a rarity), they were quite small and brown and moved even quicker than normal (No picture available).

However, for squirrel-gazing, D.C. is even more of a treat because there are black squirrels here, the only city in which I have seen them though Wikipedia declares that they can be seen from Ontario to California to Ohio. 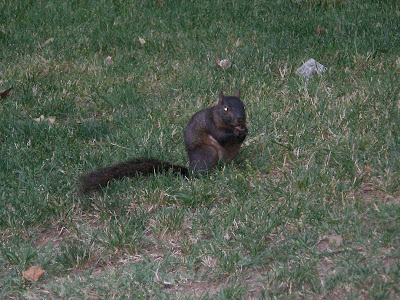 "Black squirrels were introduced to the Washington, D.C., area near the beginning of the 20th century at the Smithsonian National Zoological Park. Since their introduction, the population of black squirrels in Washington has slowly but steadily increased, and black squirrels now account for up to 25% of some squirrel populations in the area."

So it is not as rare here as it is in other areas. Yet, it is rare enough to make them special. There is even a Black Squirrel pub in D.C. to highlight these interesting creatures.

Gut instinct said no (why would he? it isn't like owning a baseball team.) However, actors can be eccentric so here is what i found:

Chase is the word for an expanse of land, like a reserve. Chevy Chase, Maryland was originally created as a "green refuge" from Washington D.C., and it takes its name from a Scottish ballad telling the story of a bloody battle between the Scots and the Brits over a hunting expedition.

Chevy Chase the actor's real name is Cornelius Crane Chase. Chevy was the nickname he got from his grandmother.

So the bank and the actor = no connection. Apparently though, all my new found wisdom is for naught. Chevy Chase bank has just been bought out by Capital One. So perhaps this is the last time I will tell this story of the bank, the actor, the ballad and the land. Guess I will have to find some other random facts to impress my guests. 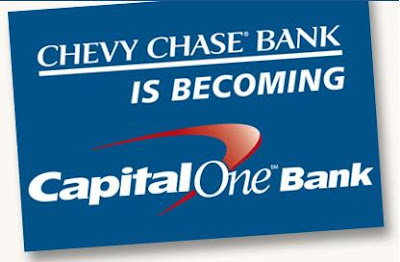