Although I don't kiss and tell, I suppose I owe you details about the date that I mentioned.

Here are some things D.C. and I have done together: 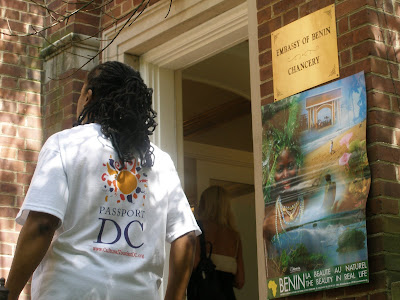 DC's Passport day let me explore the embassies of a ton of foreign countries. It was totally up my ally! There was even an official paper to collect passport stamps. It reminded me of my Around the World party, where I created a similar contraption to capture all the different drinks available at the party. 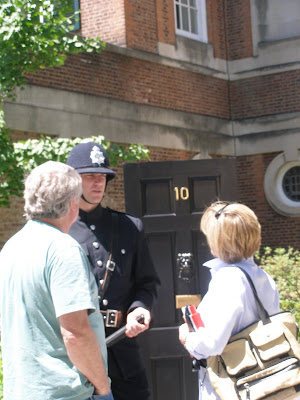 Going to the U.K., Italy, Ireland, Greece... well, their foreign embassies at least. Another Passport day, European countries this time. I can't really get enough. 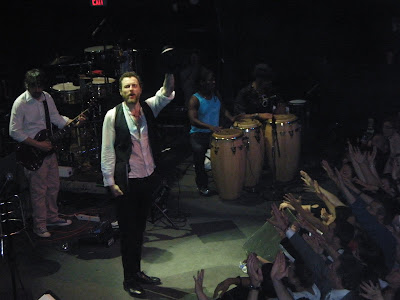 A Jovanotti concert at the 9:30 club. Jovanotti is an Italian Rapper/Pop icon. He can perhaps be compared to Eminem (a non-vulgar version) in that he is not to everyone's liking, but he is certainly well known. 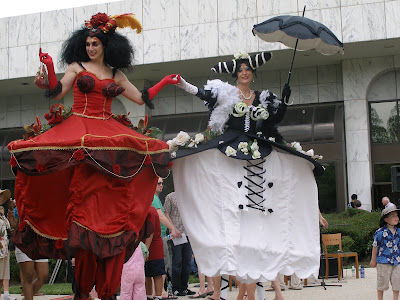 Part of a street performer's festival at the French Embassy.

Eating falafel and hummus at an International Bazaar 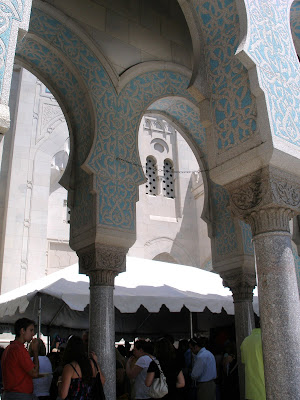 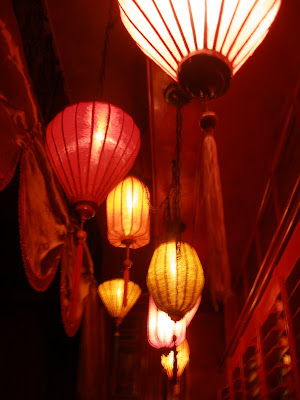 A pan-Asian-Middle Eastern lounge and restaurant. 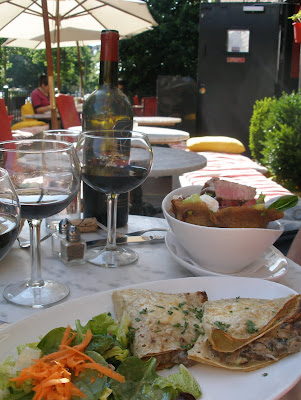 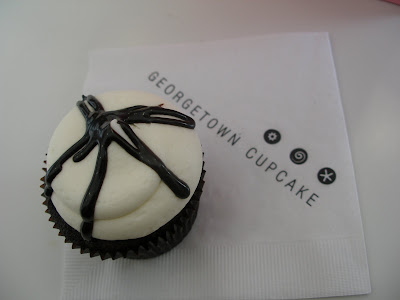 (Of the Lava Fudge variety!)

If you haven't noticed a pattern, perhaps I should admit that yes, most of these aren't what you think of when you think of D.C. In fact, save the cupcake, all of these things are fairly foreign, or at least foreign influenced. I can assure all loyal D.C. residents that I do intend to do the traditional D.C. sites as well (most of which, shamefully, I have not done... even having grown up nearby).

However, that is what I am enjoying about D.C. When I feel like being in this city, I can walk in front of the White House or go for a stroll on the National Mall. When I get those inevitable feelings of wanderlust, I can humor myself and pretend to be in any variety of countries. Short of living in Disney's Epcot Center, I don't think there are many places that can cater quite as well to my delusions of travel.
Labels: Food New thing Travel Washington DC