Don't judge a country by its travel guide: Visiting Colombia 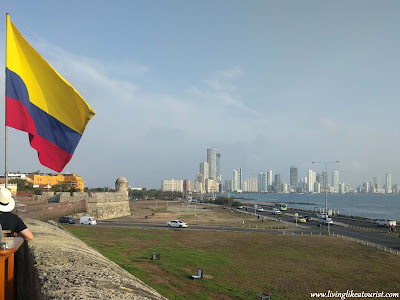 I am not even sure how we ended up in Colombia. Last I remember, we were struggling with how to cut down our large and ever growing list of countries to visit on this sabbatical. After a not-so enthusiastic review in our travel book and the realization that our friends who were in Colombia were no longer there, I remember opting to leave it out on this particular tour of South America. Then we somehow realized we would fly through Colombia anyway en route to Argentina and it was back on the list. Colombia ended up being one of my favorite countries yet on this trip. So it goes to show you how impressions (and travel guides) can be wrong.

Cartagena was the first of two stops in Colombia, Bogota the second. Completely different in climate, temperature, elevation, character and almost everything else, it was hard to see them as part of one country. But this proves the diversity of the large countries in South America.

We arrived from Haiti to Cartagena to face even hotter and more humid temperatures than the island we had just left. Cartagena is steamy alright, and there is nothing to do about it but get used the constant perspiration and rehydration cycle. But you could hardly care about that when you are wandering the old colonial streets of this enchanting city. You are surrounded by color: on the buildings, in the flowers, the artwork, flower pots, door and window frames, murals. Everything catches your attention, eye and heart in this ode to color. Like admiring a peacock, just watching this fanfare of hues can make you happy. 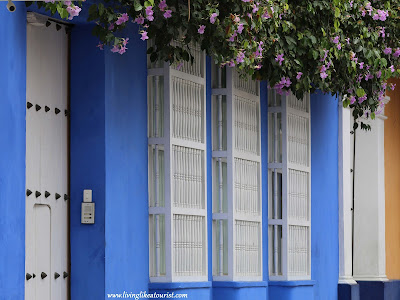 Cartagena was a great mix of modern and traditional: skyscrapers in one direction, fortified walls and canons in another. With its heat, tones, coastal front walkway and seaside sounds, the place screamed summer, vacation and relaxation. Cartagena is the place you dream of in the middle of winter after 3 months of cold gray skies… or perhaps the place you dream of when living in Bogota in April.

Funny enough, our next destination, Bogota, could have easily been the site of one of these aforementioned gloomy dreamers. April in Bogota is 10-15 degrees Celsius, cloudy, threatening, rainy and gray. It has English or Irish weather. And the similarities to England didn’t stop there. Actually Bogota reminded me even more of New England in the US. The city was a sea of red bricks: buildings, neighborhoods and streets filled with them. Many of these red brick buildings were pubs. Beer was advertised everywhere. You could tell instantly that beer is a large part of the past-time in this particular city. Many artisan beers were featured on billboards, but even the national beer, Aguila, made quite an appearance. Restaurants and bars were set deep inside these brick houses creating cozy, dim settings with bars and benches of wood. Bogota could have been Cambridge, Massachusetts or London, England. A far cry from the hot, Caribbean feel of its Colombian sister, Cartagena.

In both cities, the people were hard working and courteous. The food was excellent; breakfast like the Central American ones, heavily featured eggs, plantains and a meat of sorts. The juices were thick with tropical fruit. Both cities had massive grocery stores with everything you could want and coffee stores that demonstrated their tradition of coffee. 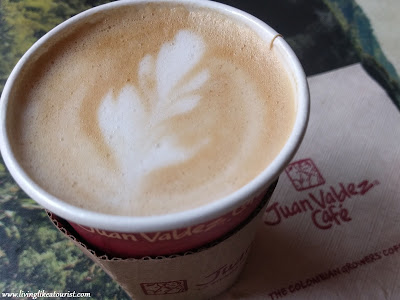 I kicked myself in the end for being swayed by a book’s opinion and wish we had included other Colombian cities, but we already knew that this trip would be a small sampling of South America, not an exhaustive experience. Cali, Medellin, even Cartagena’s islands and surrounding towns would have to wait for another time, but I was more than happy with the time that we did allot to this country. Like making the acquaintance of someone that you had not expected to get along with, I had made a new friend with Colombia.
Labels: Colombia Travel Travels Trips