Heading over to Europe, I thought it a wasted opportunity not to visit my sister in Ireland. Though I had been once before, I had gone in November and stayed almost exclusively in Dublin. This time I intended to do day trips and soak in the lush hues of springtime green for which Ireland is so well known. Here are some highlights from my trip and some tips on what to do in Eire. 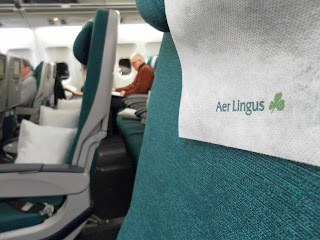 Flying is not my favorite thing in the world (paradoxically). However, Aer Lingus with its comparatively spacious seats, nice crew and private TVs was a great experience, heightened by the fact that the plane was at max 50% full so each passenger had a row to themselves... maybe not a good thing for the airline, but a great thing for the customers! 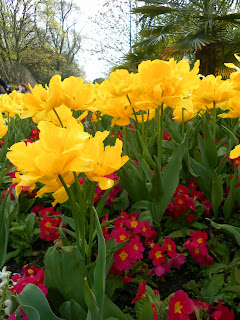 Self explanatory. Ireland seems to make most of spring by planting gorgeous flowers of vibrant colors.

3. Wave to the Seals in Howth 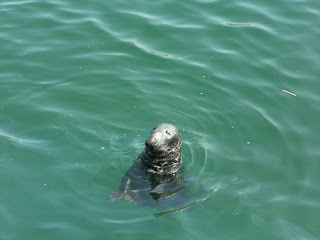 Howth is a lovely little bayside city just about thirty minutes north of Dublin on the DART train. It definitely has a seafaring feel, and if you want seafood, it is the place to go. Seafood chowder is omnipresent on menus in Howth with rich portions of oysters and prawns from the bay. Essentially, most seafood can be bought or eaten in Howth, and as one well-known shop, the Wrights of Howth, puts it: "If it swims, we have it." The wide variety of fish in the bay is also likely the reason for which seals have found a home in waters around Howth. Though signs forbid it, people feeding the seals, sadly, have made them quite prone to hanging about the docks waiting for their next meal. It makes for a nice viewing of the seals, but it is an upsetting thought that these seals may have become dependent on visitors, and not on instincts, for their food.

4. Learn about witches in Kilkenny 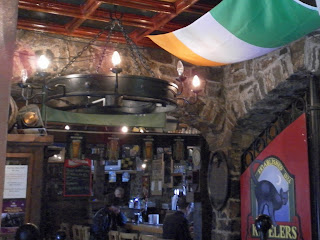 Dame Alice, a beautiful lass, had three husbands and a lot of money, and therefore, made a lot of townsfolk jealous. She was charged with witchcraft, a crime punishable by burning at the stake, and though she was found guilty, she fled to England avoiding her fate. Her hand-maiden was not so fortunate and was in fact burned alive. Not a happy tale, but certainly an interesting one with various beliefs on how mysterious and demonic Dame Alice actually was. The milder version is posted at Kilkenny's Kyteler's Inn, now a pub, and her former property. You can go enjoy a beer (a Kilkenny beer if you so chose) and read about her tale in a much more favorable light than some other versions.

Newgrange is another location just about an hour north of Dublin. It is a mound that is known to be a passage tomb, but also likely an ancient temple. Very little is known about this Stone Age monument, but they do know that it was built around 5,000 BC, rendering it older than Stonehenge and older that the Pyramids in Giza.

Crouching and winding through this narrow entrance into the main chamber, it is easy to feel that this was a vastly important structure to the people of that era. The stone carvings found on many of the chamber walls also reflect that, whatever these symbols meant, they were certainly spiritual. 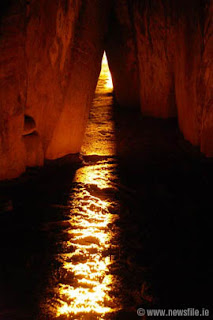 Newgrange is perhaps also best known for the phenomenon on Winter Solstice, described this way:


At dawn, from December 19th to 23rd, a narrow beam of light penetrates the roof-box and reaches the floor of the chamber, gradually extending to the rear of the chamber. As the sun rises higher, the beam widens within the chamber so that the whole room becomes dramatically illuminated. This event lasts for 17 minutes, beginning around 9am.


There are usually about 25,000 applicants for the winter solstice tickets of which only 50 are chosen by lottery to witness this.... I will be one of the 25,000 for this year's.


5. Enjoy the hospitality of the Irish People


Friendly as you'll ever find in any country, the Irish people are one of the main reasons I love Ireland. I don't know any other place where a bus driver will see you running to get to the stop and realizing that you will never make it there in time, he stops to pick you up on the way instead. Most interactions with the people in Ireland could serve as another example of this amiability.

6. And for heaven's sake, have a pint of Guinness!

Many places claim to serve the best pint and without having Irish blood, I am not sure my taste buds can decree which is right, but I give my vote to Toner's, a small pub (snug actually) in Dublin, off of Marion's Square row. However, I have yet to have a bad pint of Guinness in Ireland, so bottoms up and as they say, Slainte!