Istanbul: Rome’s brother from another mother


As most people were flocking to Rome to ring in the new pope and to celebrate Easter, many of us expats were part of the exodus, taking advantage of the long 4-day holiday to travel to nearby destinations.

Italy is wonderfully located on the Mediterranean and therefore within a 2-3 hour flight of a multitude of fascinating vacation spots. Marrakesh was one Easter getaway. Transylvania was another. Malta a third. This year, maybe on the back of the Jordan trip, we chose a city at the crossroads of Europe and the Middle East: Istanbul . 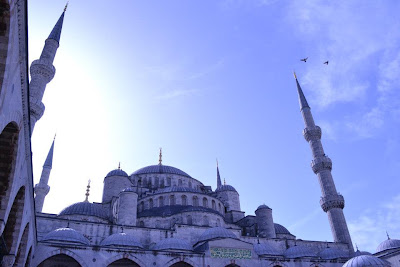 It seems that, like Rome, Istanbul is a highly desirable destination spot at Easter (though for non-religious reasons I presume). This was evidenced by the fact that completely independently, our trip booking coincided with four other colleague’s schedules. We flew over with two sets of them and met another two there.

This was also evidenced by the shear number of tourists in the city. Like Rome, the lines snaking up to the most famous sights, Hagia Sophia, the Blue Mosque and the Roman Cistern, were massive. They rivalled the St. Peter's, Sistine Chapel and Colosseum’s lines any day. 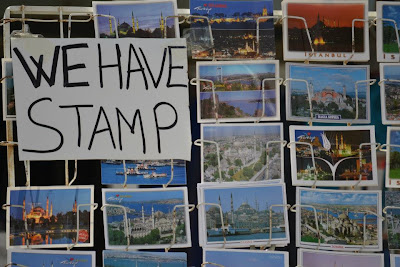 In both Istanbul and Rome, the old city is the place to visit during the day, but at night it empties and people seek out other neighbourhoods for dinners and clubs. Istanbul’s version of Testaccio, Rome's neighbourhood of restaurants and clubs, is Taksim; though Taksim is much more pedestrian-heavy and commercial, with shops that stay open late into the night.

Trastevere, the widely known cobblestoned street neighborhood of old Rome, is Istanbul’s Nevizade, where bars and restaurants are all lined up on a narrow street made even narrower by lovely outdoor terraces packed with locals and tourists alike. 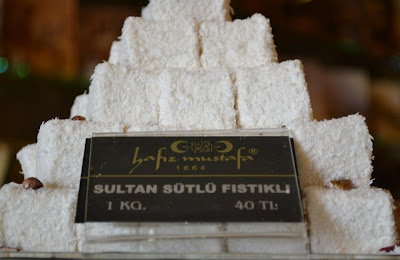 Instead of gelato shops on every street, you had baklava and Turkish delight shops taunting you with stacks of the sugary goodness instead of Rome’s icy mounds of it.

Istanbul, like Rome, is happy to let cats roam the streets, mostly loved and taken care of by locals, or at the very least un-bothered by them. Like cats in Rome’s Largo Argentina, cats in Istanbul have become a part of the city landscape; they stretch out and bask on the lawns of mosques or amble slowly on main roads as another type of pedestrian. 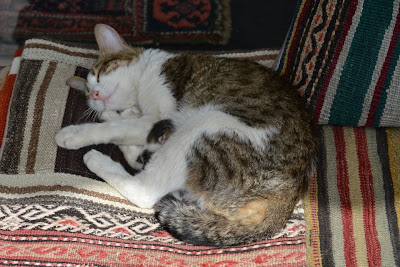 In both cities, there is a tram that takes you right into the heart of the touristy center (though Istanbul’s is vastly cleaner and potentially more crowded if that is believable).


Both have water shaping the city layout: Istanbul’s Bosphorus to Rome’s Tevere. Both cities have a very strong religious past, but are very modern societies with locals tending to be less religious than many of its pilgrim-type tourists. Both have an amazing skyline of domes: though Rome’s belong to churches and Istanbul’s to mosques. 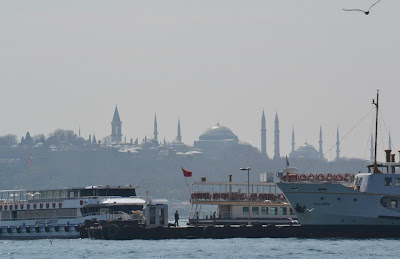 I realize that it is a bit strange to draw so many parallels to cities that are clearly so completely different from the outside (though of course there are some aspects of a common Roman history). Despite the fact that these are two cities whose paths diverged, it is still very easy to draw a comparison. 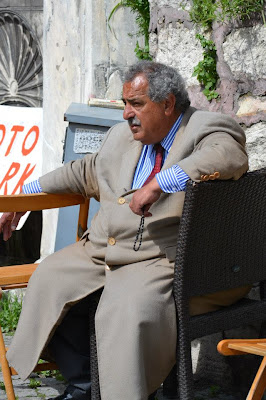 It is also somewhat reassuring to know that in different parts of the world shaped by different religious beliefs and different history-changing events, with different languages and different cultures: cities are still cities and people are still people.

There is a basic human instinct to be spiritual whether in a mosque or a church, to relax and spend time outdoors whether in a terrazza or in an open-air hookah bar, to be surrounded by other people and walk among fellow citizens whether on via Condotti or İstiklal Caddesi avenue. Istanbul and Rome are both cities that are proud of what they were, what they are and are comfortable with the acclaim and tourism that it has brought. 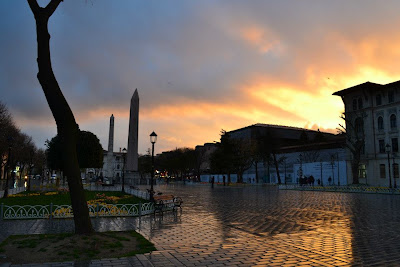 Also like Rome, it is hard to breath in and experience all of Istanbul in a weekend, even a long one. With all the sights to see, these take up the first 72 hours there. We only had 24 hours to see the other culture, life and ways of the Turkish people. More of that remains for another trip. 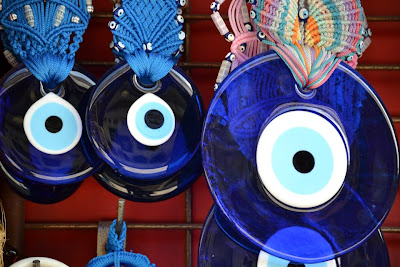