My souvenir from Positano

Before last summer, I had never been to Positano. Since then, I have gone another three times. If you have ever been there, you know that four times to a small place like Positano is enough to know it by heart.

There is a lot of awe-inspiring beauty on the Amalfi coast. The landscape is extreme and spectacular: small towns balanced off of sharp cliffs, dark blue wavy sea water, windy pin-stripe roads, beautiful beckoning sunshine. 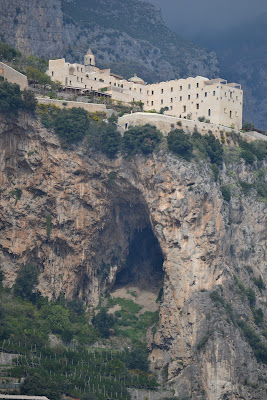 However, in this most recent trip, the feature that struck me the most however was just exactly how precarious so much of this area is. Towns are situated at the brink of a cliff or otherwise at the foot of what was once a mighty landslide. Roads are dependent on natural ledges and bridges. Churches are built at the summit of a spiky peak. Sprawling towns are laid out innocently all around the foot of an innocuous looking Vesuvius as if Pompeii had never marked history. 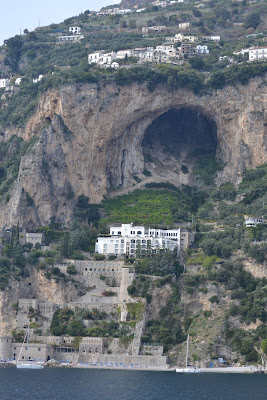 And all this in a zone that isn't quiet, seismologically speaking. Earthquakes, volcano eruptions, landslides: these things happen. But all these millions of inhabitants live as if nothing will ever go wrong.

This was not only mystifying to me, it was inspiring. You see, I have turned into a bit of a coward. A couple broken hearts, a staggering career blow, a betrayal or two, and I haven't yet lost the fear of falling. My once candid temperament has now become more taciturn; my trials have become more tempered, my emotions more guarded. How long after Pompeii was annihilated did it take for people to forget the past and move back?


I try to comfort myself with the moral of Sense and Sensibility, that temperance is actually a good thing in many ways. But most of the time, I feel like I have lost a part of myself in the past. In our world though, fear is often the emotion we're taught, not courage. But perhaps a certain courage is intrinsic here... It would be really nice, like the Italians on the coast of Campania, to live as if nothing bad will ever happen.

Rather than another beautiful ceramic, maybe this should be my takeaway from this past trip to Positano.
Labels: Italy Positano Travel