Man plans, God laughs. This is a Yiddish saying, but it could have been written about planning a trip in Italy. It is usually why I am so hesitant to plan anything. It is better to go with the flow here. If I wait for a bus and it comes, great, I take it. If not, I have my walking shoes on. If I intend to go downtown, but there is a massive protest. Fine. I stay in my area. If I go to a museum and it is randomly closed on a Saturday afternoon despite its sign, OK I go shopping instead. I have learned never to be too tied to any particular plan as the chances that they will happen are about 50/50.

It is a very Zen way to live in a lot of ways: to be like the reed bending in the wind. I think that has helped me a lot in life not be the controlling, rigid type "A" American that I was for many years before Italy. 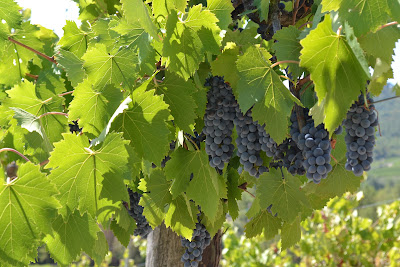 Every now and then though, being Zen is REALLY annoying. It like an itch you can’t scratch: never being able to rely in any sign, poster, web site or word of mouth, because they might be wrong, misprinted, outdated or simply just changed.

This weekend I learned that it is particularly frustrating when you are trying to plan (the operative word) a surprise for your significant other. And not only did I, against my better judgment, try to plan something, I tried to plan something elaborate: a rental car, a weekend getaway, two different agriturismi, three different cities (Gubbio, San Marino and Urbino), ten hours of combined driving time… ambitious even by American standards. I had left very little room for buffer. Another No-No in Italy. Not only that, it was my first time 1) every renting a car (not only in Italy, but anywhere), 2) driving in the Italian country side (and only the second time every driving in Rome) and 3) driving a Smart car (the only automatic car I could find to rent). 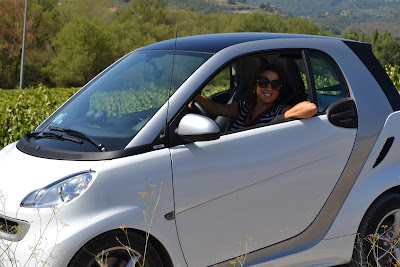 The first fifteen minutes of my rental proved how much of a novice I was in all of those things: I backed into a barrier (because what car company parks a car between two barriers in an illegal spot… Sixt); I drove around floor 6 and 7 of the parking garage 3-4 times because the signs to exit kept pointing you in opposing directions, and I ended up driving on a tram lanes/pedestrian only area because the area around Termini is so chaotic and confusing that even if there was a sign not to go there, I didn’t see it among the mess.

This hazing experience, though terrifying, still didn’t deter me from my plan. And I was set for the weekend I intended.

All of a sudden the cracks in my plans became evident. All the buffer zones that it lacked, all the things that could and would go wrong, all the distance we would need to travel in the short amount of time and in a slow-ish moving car.

We scrapped the plans.

Luckily, sometimes ditching the plans also clears the way for great unplanned adventures like touring Orvietto (one of my favorite Italian cities), Bolsena and its lake and finding an AMAZING agriturismo in the middle of vineyards and starry skies. (It also leads to some not great adventures- Giove and Gradoli- two supposedly cute Italian cities that instead define what it is to be a ghost town. )

But Lake Bolsena with its tiny island in the center, the Agriturismo with its stone walled room, Chinese lantern-lit outdoor seating, lovely owners and friendly host kitty, a return to Orvietto and a drive in the countryside with a view on all of these things were all well worth the errors in my planning.


So thanks for laughing at me God. I’ll admit it. You were right.