Once in a red moon, your flaws work in your favor. Last night was one of those times. My tendency to randomly wake up throughout the night, (an annoyance at best, a sleeping handicap at worst), woke me up just in time to see the total eclipse of the moon. I was particularly pleased by this because I had read that the moon would not just disappear, it would actually turn red, an effect of the sun's light being strained through the earth's atmosphere.

So I clumsily rolled out of bed and walked out into the hallway to find a window where this sight would be visible. (I wasn't so dedicated as to go out in the freezing cold at 2:30 am). However, my effort was rewarded! The eclipse was fabulous! I did indeed turn a shade of reddish orange, not quite as dramatic as the picture in this NPR article (above)... at least not in the minutes when I was watching. Regardless, it was worth the temporary loss of sleep. Thank you insomnia!

My pictures (not nearly as impressive): 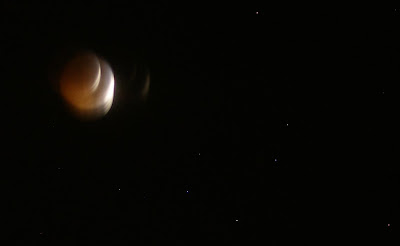 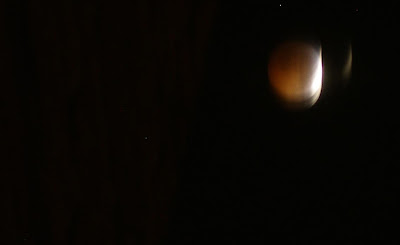 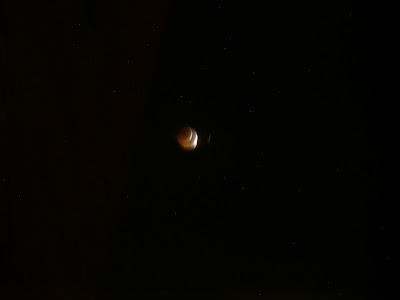 Anyone else see the eclipse last night, perhaps even from outside??
Labels: Eclipse Washington DC