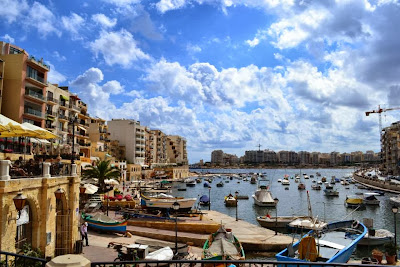 I like to personify things. I am a product of a Disney-filled childhood; therefore, I animate inanimate objects. Like Disney’s dancing candlesticks or talking mirrors, I give countries, cities and even forms of weather human personalities. You may have read about my
"DC-as-a-potential-boyfriend" post. Now this is my “Malta-as-a-fellow-expatriate” post. 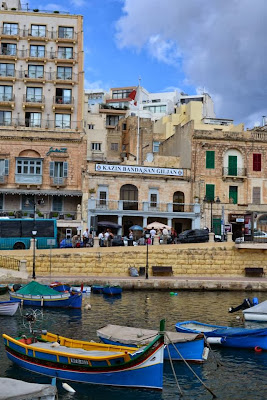 Malta in human-form could be the newest arrival to our expat world. Like many of us expats, Malta has a variety of international and cultural influences in its background. Not only that, she (Malta) has a current culture and lifestyle that feels like a blend of a dozen. Malta has probably also had moments when she is a bit confused about her identity… or at least other people are confused about her identity. 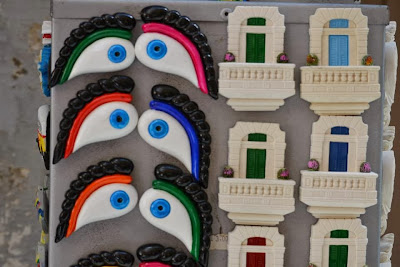 Among the influences in her history, Malta has Roman, Arab and Norman background. She has also in her past been taken over by French and British, let's call them ... (unwanted) suitors. Geographically, she is like an off-spring/off-shoot of Italy or Tunisia. Topographically, she is similar to Sicily or countries of the Middle East. Culinarily, she has a mishmash of Arabic, Sicilian, French and British cuisines: with rabbit, lampuki fish, anchovies and octopus as some of the main offerings. Linguistically, she has a unique mix of Italian and Arabic (with up to 50 % of the Maltese vocabulary coming from one of the two). 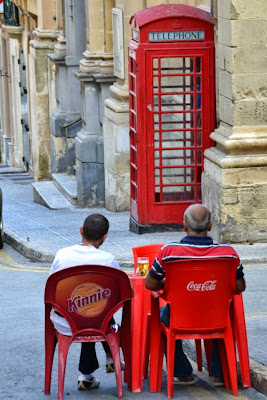 Walking down one of her capital cities, either Valletta on the island Malta itself or Victoria on Gozo (Malta's second largest island), you wouldn’t hesitate to call Malta a twin to Sicily: sand-colored buildings stacked close together, wrought iron, one-person balconies with clothes lines hanging newly washed garments. Then a glaring red telephone booth enters your vision, and a car whizzes by you on the left side of the road. When did I cross the border to England? You walk by old men sitting at a café discussing whatever old men discuss and you wait to see the flailing hand gestures like you would in another Italian city, but on passing you hear an Arabic-like speech with its throaty pronunciations. Tunis perhaps? 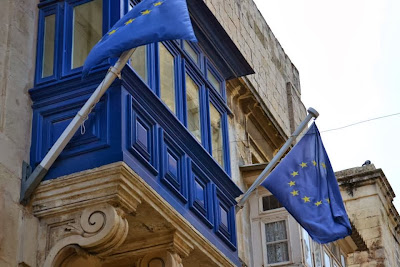 Malta's currency, since 2008, is the Euro, so you remember you are in Europe, but the terrain is reminiscent of Jordan with dry, rolling hills. You have a glass of Maltese red wine, and find that Malta is a wine producer like its Italian counterparts of Sicily or Sardegna. Then you eat a honey-filled, doughy ring which looks like the type of sweet baked goods you find in Egypt. 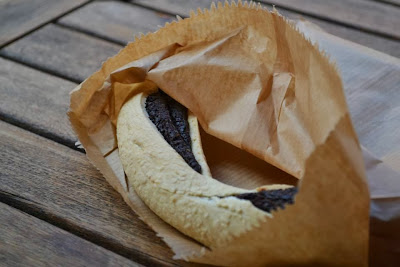 The old fishing boats painted in traditional colors look like those you can see in the Cinque Terre. Malta's old capital of Mdina looks fully Arab. The small bay-side towns, like Spinola bay, now modernized with all the café-terrasse can look like the south of France. British fish and chips appear on many menus. 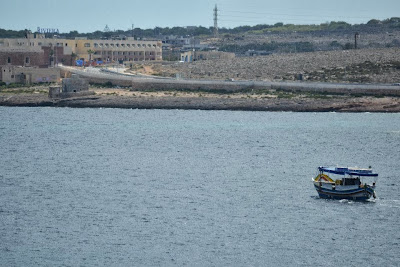 But when you push away the confusion and stop trying to figure out which box to put Malta in, you realize that Malta is a well-blended mix of it all. It is all of these influences and not wholly any of them at once. It picks and chooses the parts that work for its character and it turns against that which does not. It is not really defined by any of these names except that which it chose for itself, Malta. It is a separate entity, separate country and separate experience. And, in my opinion, it is a lovely one. Yes, I think I can relate to Malta. I am pretty sure we would be good friends. 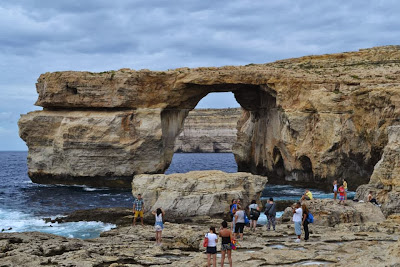